One of the tall and premium cigars from a four-nation blend, Punch After Dinner has been made with some of the finest Cuban-seed tobaccos, and it sits somewhere in the medium to full range in terms of flavor. Known for being a legendary Honduran blend, this cigar was crafted in the original and traditional Cuban style.

If you had to sum up the flavor with a single word, you could say, "Fantastic!" The draw could use some improvement because it's a bit tight, but outside that, this is a great choice. Anyone who loves Punch should check it out. This makes a brilliant choice for after dinner or lunch. This is because after you get done smoking a Punch cigar, you feel like kicking back in your easy chair and letting your cares fall away. You can kick up your feet and relax.

For those who aren't into harsher cigars, this might not be the cigar for you because the flavor does feel slightly harsh. It's a bold flavor, and if you like bold flavors, then this cigar won't disappoint. It's a perfect dinner smoke with a beautifully constructed cigar. You feel pleased with almost every puff. There's a feeling of the tension leaving your body as you puff your cares away.

What some people liked about it was how it's a mild smoke that doesn't leave a bad aftertaste in your mouth. Because of the construction of this cigar, you have a pretty even burn, and it's the type of cigar that you will either love or love to hate. Like plenty of people have said, Punch is a good brand. In fact, a lot of cigar enthusiasts say they have yet to go wrong with a Punch cigar.

Whether you like this cigar or not depends on your personal preferences. For the price, it's a decent cigar, but it'd be nice if there were more flavor and complexity. Still, the overall experience doesn't disappoint. Most cigar enthusiasts, even those who dislike it, aren't going to knock it because they know the other person might like it. However, it's one of the more polarized choices and people will either love it or hate it. The burn is good, and while there's nothing off about it in terms of construction or anything, some people don't like the flavor or the draw.

Cigar prices will vary across different retailers. Below are some of our favorite online stores that have competitive pricing... 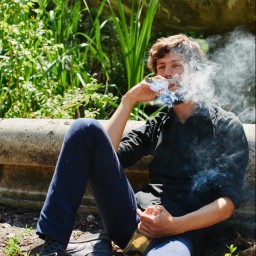